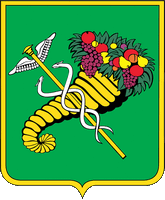 Kharkiv is the second largest city of Ukraine, the largest industrial, scientific, cultural and commercial centre. It is located in the north-eastern part of the country. It was founded in 1654. The territory is about 350 sq. km, the population is 1,45 million people. There are a lot of places of interest: Kharkiv Historical Museum (5), Kharkiv Art Museum, Derzhprom (1) - State Industry Building or the Palace of Industry, the Annunciation Cathedral (2), Freedom Square (3) - the biggest square in Europe, Kharkiv National Academic Opera and Ballet Theater named after N.V. Lysenko, Gorky Park (4), etc. Kharkiv is one of the major centers of education and science not just during the former USSR but today as well. The city of Kharkiv is home to a number of good technical universities; some even refer to the city as the Silicon Valley of Eastern Europe. In Soviet times, Kharkiv was a major center of education and technology. It is home to about 20 state high education institutions and 10 private ones with a combined enrollment of over 100,000 students.